Steve McDonald, a decorator from Dorking, and Paul Enock from London, have been found guilty of criminal damage at Westminster Magistrates Court today (March 29), after digging up some grass in Parliament Square.

They were attempting to bury a coffin as part of an Extinction Rebellion protest last November – “to symbolise the death of our hopes for future life on earth”, said Mr Enock.

In a hearing earlier this week at Hendon Magistrates Court, their barrister, Emma Foubister of Matrix Chambers, said the two men were pleading not guilty because they had a “lawful excuse” for their actions, the damage was “minimal and temporary”, and their protest was “reasonable and proportionate.” 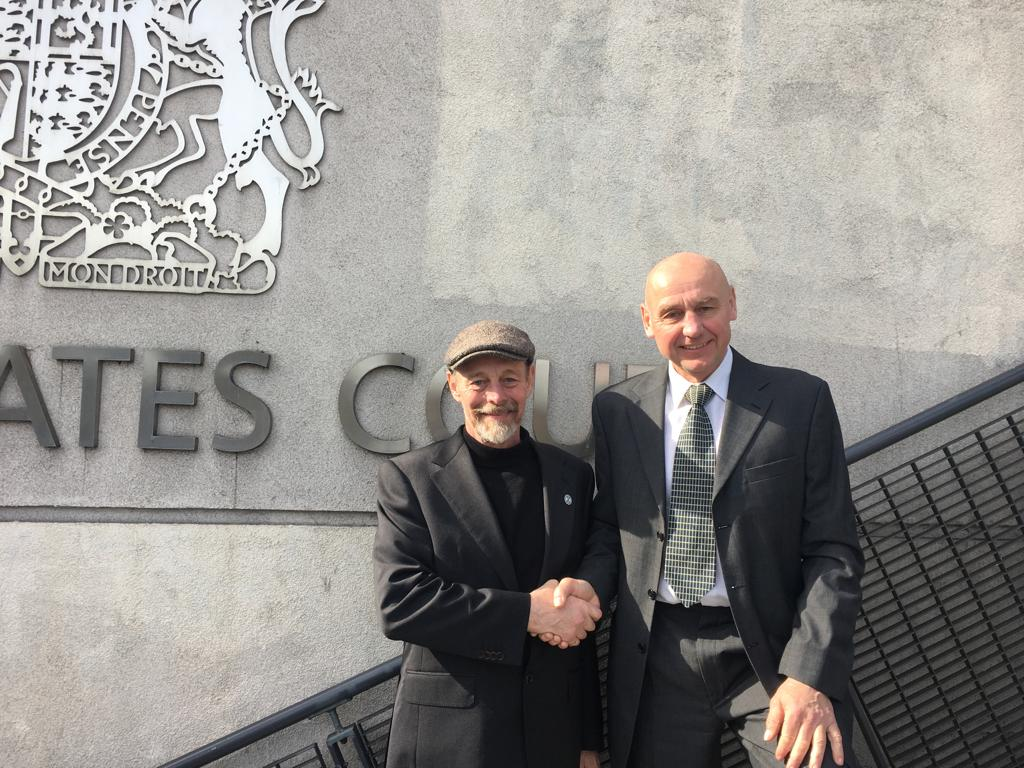 Mr McDonald, who is a member of Mole Valley and Epsom & Ewell Green Party, said: “We’ve now run out of options to get our Government to take meaningful action against the harvesting and use of fossil fuels. I’ve done everything I can over a long period of time - like lobbying MPs - and nothing has worked. We are on course to exceed 2 degrees of warming and we face horrendous consequences.

“There will be deaths, droughts and famines which will affect our children and grandchildren, and take away their future. It’s my job as a grandfather to protect them. I cannot sit by and be led silently and peacefully into extinction.”

Today the District Judge who heard the case (March 29) found the two men guilty. They were given a conditional discharge with a small amount of court costs to pay.

Extinction Rebellion is a new movement which takes non-violent direct action to raise awareness and move the Government to action over the unprecedented global emergency of Climate Change.